Meet the Teams: Get to Know Team Texas A&M University, From Houston, Texas

Whether they’re taking a course in an entirely unfamiliar subject area to expand their knowledge base, or working with new mentors to help guide their device development, our GoFly Prize participants are innovative, bold and resourceful. Farid Saemi from Texas A&M University’s Team Harmony Aeronautics, for example, once signed up to work on a mechatronic project without any prior knowledge of soldering—and succeeded.

Saemi has brought this can-do attitude to his team’s GoFly Prize entry as well, as they continue to build and improve upon their personal flying device together. Read on to learn more about Saemi’s hidden interest (hint: it involves Frank Sinatra!) and his vision for the future of flight.

If you look at my fifth-grade yearbook, my dream job was: “Aeronautical aerospace astronautical engineer,” so I’ve known I wanted to pursue a career in aviation for quite some time.

I’ve always been interested in history, so I’m inspired by the rich multilateral history of aviation. The Wright Brothers pioneered flight, but a lot of German scientists developed the technological foundations of modern aviation in the 30s and early 40s. In the 60s and 70s, Boeing and the “Scots” (McDonnell-Douglas) then brought aviation to the masses, and now teams from around the world are working to bring personal flight to the masses.

My junior and senior level courses were definitely the most interesting. “Helicopter dynamics” taught me the fundamentals of vertical flight, and “Aerostructure optimization” showed me how every system of an aerospace system is so tightly coupled.

I’m most excited about the opportunity to develop the next generation of aviation as a fresh engineering graduate. I would not have been able to learn so many different hands-on technical and business skills had I gone straight to industry as a standard aerospace engineer.

Fundraising has been the biggest challenge to our team of all-technical people. However, we’ve received a lot of fiscal and targeted educational support from Texas A&M University and the broader Aggie Alumni Network.

A personal flying device will likely have very practical military and civilian applications, such as distributed air search and rescue. However, I’m most interested in the pure joy aspect of personal flight. Can you imagine flying through someplace like the Grand Canyon in Arizona or the Simien Mountains in Ethiopia?

What’s one fun fact about you that your team members don’t know? What is something we should know about you?

I’m an Old Soul music listener: Sinatra, Dino, and Darin are some of my favorite singers. I can’t wait until we develop a two-person version of our vehicle and I can take a date out for a spin to the tune of “Come Fly with Me.”

Go beyond your comfort zone. My freshman year, I volunteered to repair a mechatronic project even though I had no experience soldering or mechanically fabricating things. I failed to meet the original deadline, but I sought help and got a second chance to repair the system. That project led to controls and avionics research as a junior (and a controls internship at Boeing), and that work led to electrical powertrain research in grad school, which brought me to now serving as the electric propulsion lead for our team. 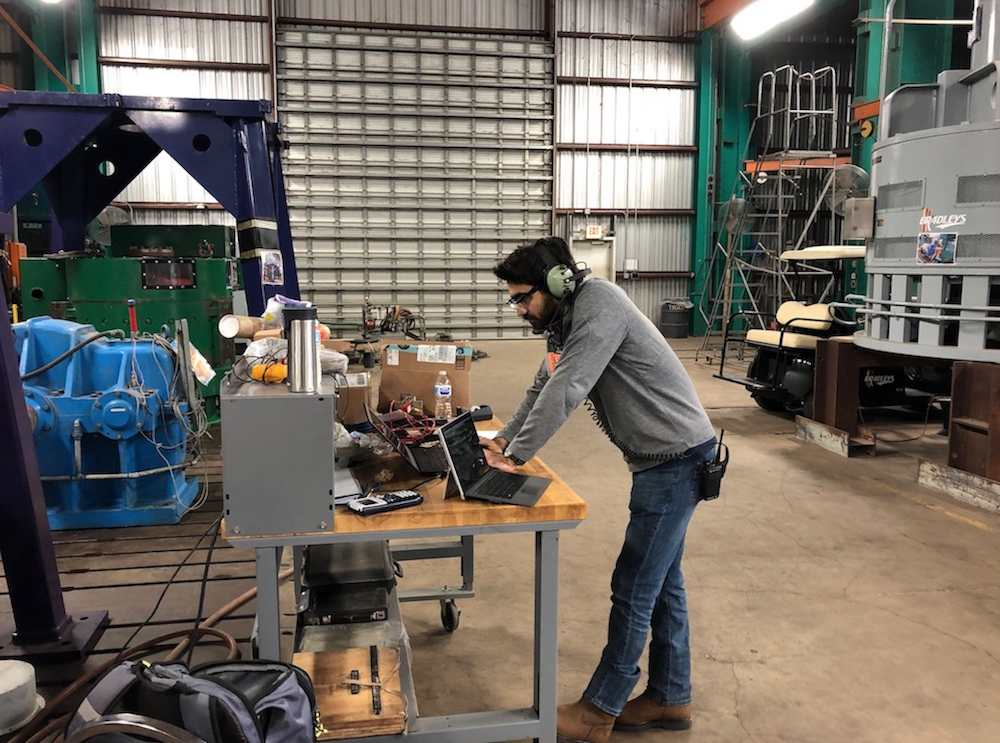