Meet the Teams: Get to Know Team HummingBuzz, From Atlanta, United States

Team HummingBuzz’s Alistair Sequeira hasn’t always been interested in aviation—he had always been more fascinated by spaceflight. In fact, it wasn’t until he entered Georgia Tech University, where he and his classmates formed a Team to enter the GoFly Prize, that he truly found his calling: aviation engineering.

Now with Phase II submissions closed, Sequeira and Team HummingBuzz aren’t slowing down. The team aspires to bring their personal flyer to life and revolutionize agricultural, construction and search and rescue operations, and despite challenges, they know they’re up to the task.

Read on to get to know Sequeira, what inspires him, and how the team has overcome obstacles.

How did you realize you were passionate about aviation and flight?

To be honest, my passion for aviation did not start until recently. For most of my life, it had been spaceflight. It was really the mystery around space that intrigued me more than anything. However, in the back of my mind, I loved aviation, evidenced by countless trips where I was more excited about flying than the actual destination.

My passion switched to aviation soon after starting at Georgia Tech. Specifically, my interest grew when I began reading into and going to classes that taught helicopter aerodynamics and design. The passion for VTOL aircraft, specifically, grew out of the engineer in me wanting to solve many of the problems that affect helicopters, which are still prevalent today.

It would have to be the Wright Brothers because they were the first people to fly. When I was a child, I kept wondering how one could make a flying machine without prior knowledge on the topic. All they knew about were bicycles. It is quite amazing if you think about it—they needed to create so much in order to make the flight happen. Plus, it took courage to fly on the vehicle they built, when they knew no one else had ever flown before.

What were some of your favorite courses in school? How do they enrich your understanding of aviation?

In high school, I really enjoyed mathematics, mainly because I was really good at it. In fact, I took an advanced math class, and I learned about many different use cases that I see now in aerospace engineering. Physics, meanwhile, was not that interesting because professors rarely talked about aviation. To catch up on aviation-related information, I would go out of my way to read books and watch documentaries.

GoFly has given me and my team the opportunity to do something that has never been done before, at least at our university. What we are working on is completely uncharted territory, which makes it interesting as there is plenty of room for innovation. However, I think the excitement is best summed up by our advisor’s words: “This is a once in a lifetime opportunity to do something that could change the future of aviation.”

Our biggest challenges have been and still are the tight deadlines and funding, both of which are to be expected. Although difficult, the time constraints have really helped the team prototype very rapidly and learn a lot in just a few months. Hence, I like that they are so tough. As for funding opportunities, we have been reaching out to the local community here over these past few months, as well as some outside sources.

We believe the primary way our HummingBuzz will change the world will be in high payload capacity drone applications, including use cases in agriculture, forestry, construction and search and rescue. Additionally, the personal flying aspect of it will be a huge hit in the recreational industry, especially if we can make it ultralight.

My mentor here at the university has mentioned time and time again: “You can’t give up without trying, no matter how difficult,” and that really resonated with me, especially during Phase II when we were tasked with overcoming many obstacles. 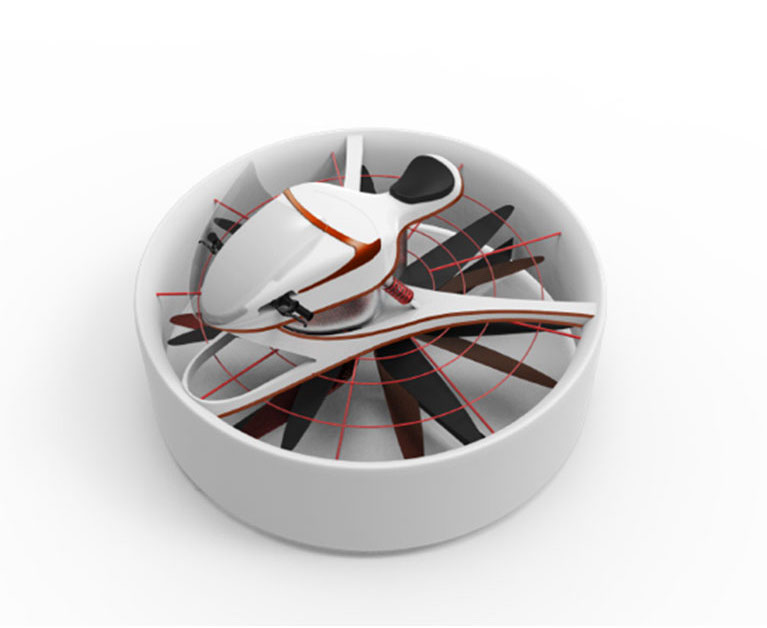