Meet the Teams: Get to Know Team Aviaereo, From Cambridge, United Kingdom

For Rob Hart, member of Team Aviaereo in Cambridge, UK, the beauty of aviation lies in aircraft design. Though in the early days of his career he had the opportunity to try his hand at different areas of aviation and aircraft production, it was on the design floor, surrounded by drawing boards, where he found his calling.

Today, Hart and his team are working on the Aereo-bee, their entry for the GoFly Prize, in the hopes that personal flyers will one day fill the skies. Read on to get to know more about Hart’s childhood and family, which have shaped his interests and career.

What are your earliest memories associated with aviation?

My earliest memories of flight are building model gliders with my dad when I was a child. Both my older brothers built planes too and we flew them at Cobham Common Flying Club on weekends. My first glider was a cable launch and I remember running through the field, holding the cable and pulling it up into the air.

When I took my first job as an engineer’s apprentice, I had already decided that I wanted a career as a designer. They started me out in the sheet metal shop and then from there I worked my way around all the manufacturing facilities, working on composites and electrical as well as in the machine shop and tool room, on the assembly line, and in the test center. When I finally arrived in the design office, I knew that was where I wanted to be.

We were designing aircraft interiors and in those days it was all done by hand. There were a couple of computers and some CAD workstations, but all of the conceptual work and ideas were created on the drawing boards. That’s when I felt like I had a career as an aerospace engineer—at my drawing board.

Growing up, my older brothers both built model planes of all kinds: control line, radio-controlled, gliders, helicopters. When my Dad helped me build and fly my first glider, I think perhaps that moment when it first launched up into the air was when I was inspired by him.

I studied at Farnborough, which has strong ties with the aerospace industry. There were often chances to learn about aviation history and the developments that were made way back and are still just as relevant today.

The GoFly competition is making it possible for me to build and test-fly my device, the Aereo-bee. That’s what I’m most excited about—building it and seeing the idea become real.

I have a full-time job and the biggest constraint on me so far has been time. I would really like to expand the team and take on more members. It would be great if someone could do some work on the device graphic, for example. I was really impressed by the graphics submitted in phase I and my team is desperate for someone to improve our graphic.

Our safety assessment also requires a lot of effort, because we need to prepare for the flight readiness review. The document is currently just a shell and we need to rally around it as a team or introduce an additional team member to coordinate our safety reviews, keep the hazard log up to date, and conduct risk assessments and zonal hazard analysis.

I imagine the sky will be full of Aereo-bees buzzing around above.

Measure twice, but cut once. The problem is my mentor never told me which one of the two measurements I should use. 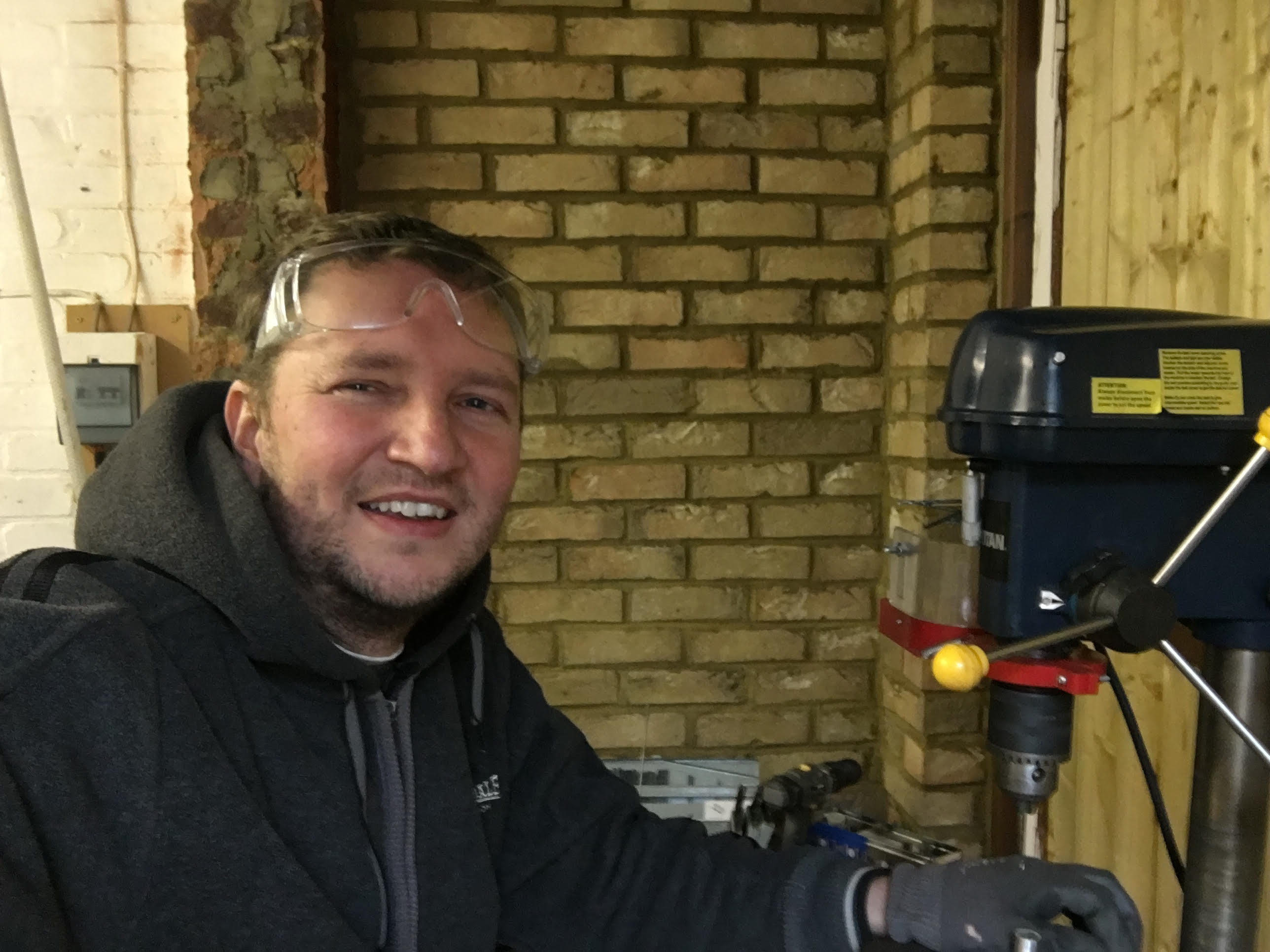