Meet the Teams: Introducing Project Talaria, From the Netherlands

Thirty-seven members strong, Project Talaria formed when a friend casually mentioned the GoFly Prize competition to team manager Philip Essle, a student at the Delft University of Technology (TU Delft). Surprised that the university didn’t already have a team building a jetpack or another personalized flying device, Essle knew he had to form a team and get the project off the ground.

Now, the team has a prototype for their flying device, the Hermes I (pictured below), and is eager to see it soar. Get to know Essle, along with a few of his fellow team members, in our Q&A below.

GoFly: What excites you about GoFly?

Philip Essle: The prospect of pioneering a new area in aviation—and playing an important role in developing this new field of personal air mobility—excites me.

Lina Hosking: It’s exciting to be able to design something from the conception stage, onward. We have quite a few student teams here working on different engineering projects, but most of them already have working concepts that they’ve been using for years, and they are just building the next iteration. With GoFly, we get to design all of it—from scratch.

Thijs Van Der Burgt: I’m excited for the opportunity to show the world that a revolution in aviation is near.

GoFly: What is your biggest challenge in the GoFly Prize competition currently?

David Oort Alonso: Securing funds is one of our biggest challenges. Not winning Phase I was a big hit on the team, but at the same time it was a unique opportunity for us to question our design process, which made our current device much better than it was.

Hosking: I am currently working on the powertrain of our device, specifically the gearbox, and we’re debating whether we should do more research on off-the-shelf components or just have one custom made. Another challenge is money. We are pretty far in our development, ready to start placing orders for actual parts, but the money just isn’t there.

Van Der Burgt: Time. None of my team members, including me, were working on Project Talaria full time until recently. From now on, we’re making the Hermes I a priority.

GoFly: What does the world look like after you create your flying device? How do you think you will change the world?

Alonso: I envision a world of flying people. It’ll be a world without roads, where humans travel in the third dimension on a daily basis. We’re getting closer towards realizing a technology that fully integrates human and machine to perform tasks that humans have aspired to for centuries: flying.

Hosking: There’s still a long way to go before personal flying devices drive great change in people’s lives. Regulations have to be changed, batteries need to become more efficient and the concept needs to be proven before becoming truly commercialized. But if personalized flying devices take off, they’ll become another mode of transportation, similar to electric bikes.

Joey Dekker: People will be able to use these devices to escape busy streets and experience flying like never before.

GoFly: What’s one fun fact about you that even your team members don’t know?

Essle: Most don’t know that I lived on a boat for two years and sailed from the East coast of the U.S. to Australia during that time. I’ve sailed at a national semi-professional level for four years and participated in seven world championships representing Brazil. I even made it to the top ten at my last two World Championships.

Alonso: I have deep dialogues with myself. I’m also a big nerd, but everyone knows that. Progress through learning is my favorite feeling in the world.

Hosking: I am actually afraid of flying in a commercial aircraft.

GoFly: What are some of your favorite courses in school? How do they enrich your understanding of aviation?

Essle: Economics and art. Art has taught me that being creative is the best way to solve existing problems, but it also taught me that keeping things simple is crucial for success. In economics, I’ve learned that everything is connected, and one change in one component of a system affects all others.

Alonso: Mathematics helps me stick to facts and truths that can be proven, while physics shows me how mathematical truths translate into reality. And, programming teaches me how breaking down a challenging problem into small pieces and can produce great results.

Hosking: Learn as many languages as you can, as communicating with someone in their native language is way more effective. 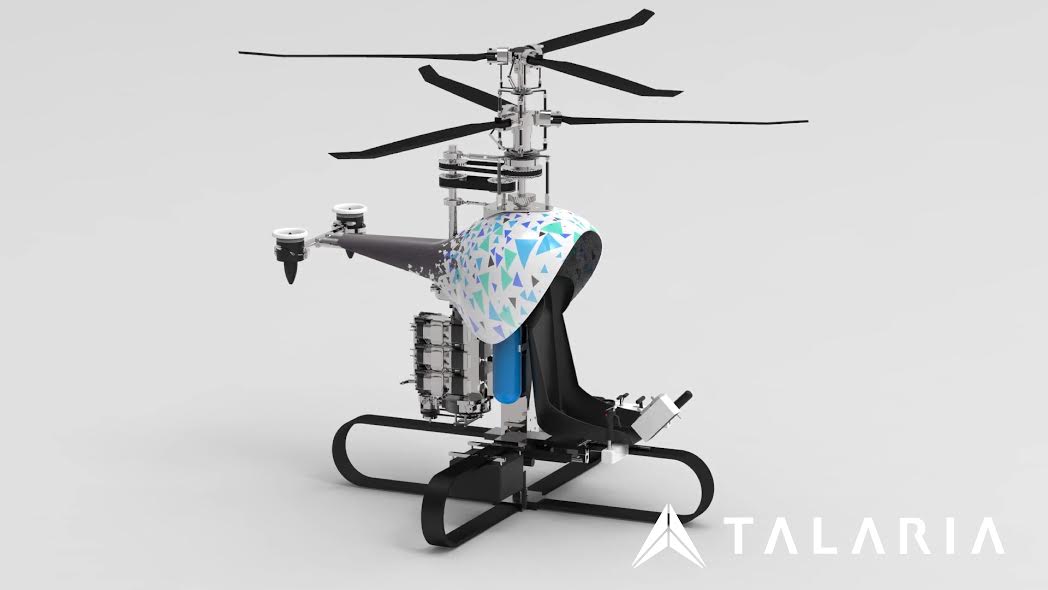