Inspired by the likes of Otto Lilienthal and the Wright Brothers, Gary Gress has been interested in aviation since age four. The creative force behind Team Athena Aero, Gress is diligently working on his design, an inertial bi-copter, in Calgary, Canada. He has been building various bi-copter models since 1999 and continues to perfect his approach, tweaking elements with every new iteration.

Read on to get to know Gress and his vision of a world full of personal flying devices.

Being taken by my father to Toronto International Airport when I was about four years old. By age five or six, I was making model planes out of the cardboard that came with my dad’s shirts when he brought them home from the dry cleaners.

GoFly has the potential to enable a universal dream of mankind: truly personal flight, without airports or runways. The freedom and autonomy of that are exciting.

In its fullest sense, an extra dimension will be added to the world and to our lives. Perhaps one day, cities, as we know them now, will be obsolete. Roads, parking lots and gridlock could be a thing of the past. All that wasted space can then be returned to nature and park land.

What are your biggest challenges in the GoFly Prize competition currently?

I have three challenges: recognizing, gathering and applying the resources needed to viably implement my ideas physically in full scale.

You’ve worked on bi-copters for some time now. Can you discuss the evolution of your models?

From about 1999 to the present, I’ve worked on developing non-cyclic bicopters, which is the aircraft type I’ve entered into the GoFly competition. I watched an expert RC helicopter pilot try to fly my very first bi-copter back in 2000 at a helicopter get-together in Waterloo, Ontario. The device couldn’t even fly, as it was very unstable in pitch. By 2002, I finally built my first hovering bi-copter. Fast-forward to 2009, and I was demonstrating a 15-pound ‘eVader’ bi-copter to the University of Calgary (where I now study and work). And now, my latest bi-copter design is a part of the GoFly competition.

Dynamics, Differential Equations, and Design of Machinery. The first two allowed me to investigate and validate the stability of my aircraft, while the third was the foundation for implementation, alongside my tinkering.

What’s the best piece of advice that you’ve ever received from a mentor?

It takes a lot of work to make something simple. 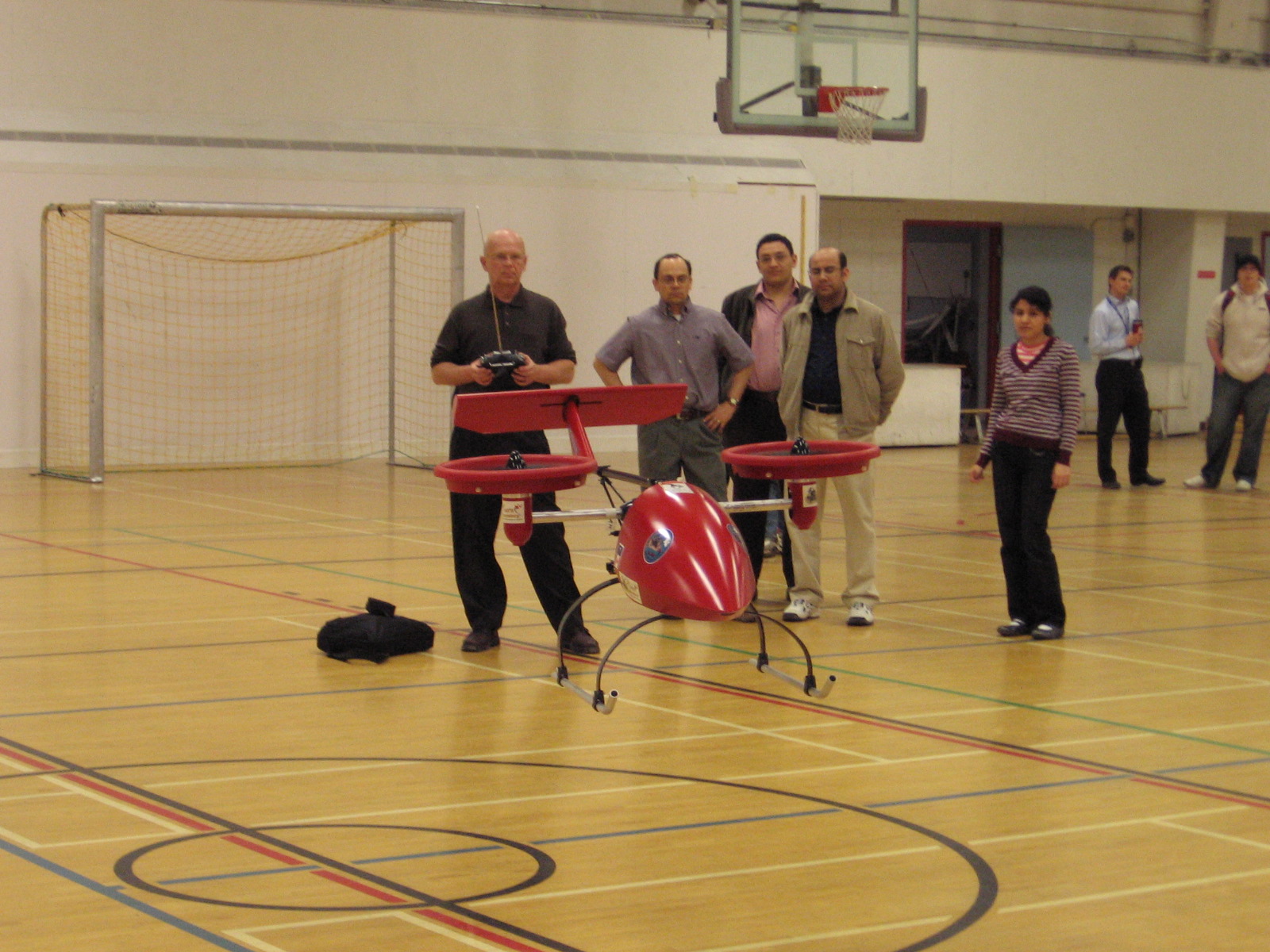