A 23-year-old accounting major from Washington, D.C., Alex Smolen is the one-man powerhouse behind team Scoop. Unintimidated by his solo-status, Smolen is currently working out of his garage workshop on his flying device, the Pegasus 1. As he presses on in the competition in memory of his grandfather, a naval fighter pilot in World War II, Smolen is open to having new members join his team.

Read on to get to know Smolen and hear about how he got into the aviation space—with an accounting background.

GoFly: When did you become interested in the aviation space?

Alex Smolen: I always wanted to build personal VTOL devices and often joked about doing it “one day.” It wasn’t until I found out about GoFly that I saw a promising path appear at the right time.

GoFly: Was there someone who inspired your interest in aviation when you were a child?

Smolen: My grandfather, Francis Smolen, was a naval fighter pilot in World War II. I remember visiting air and space museums and going to air shows with him as a young kid. My favorite story of his was one about a strafing run on a Japanese air base.

During the run, his plane ran over a large bump and he didn’t know what it was. When he landed back on the aircraft carrier, he looked at the fuselage and saw that his belly tank was gone, but there was dirt was in its place. Because of this he got the nickname Scoop—he was the first Allied soldier to touch Japanese soil and come back alive.

These experiences and his stories have always inspired me and captured my imagination. His memory draws me toward the sky.

GoFly: What were some of your favorite courses in school? How do they enrich your understanding of aviation?

Smolen: I was an accounting major in college so my coursework is not very applicable to this competition. Despite this, we live in an age where you can learn almost anything through the internet, and this is how I have gained most of my aerospace knowledge. It is a misconception today that you need a college degree to pursue your dreams. I am an advocate for project-based learning, where people learn not only in classrooms but also by going out, doing, building and by working towards a goal.

GoFly: What is your biggest challenge in the GoFly Prize competition currently?

Smolen: Being a team comprised of a solo individual is my biggest challenge, but I am embracing it. That being said, I am looking for other talented individuals who want to collaborate with me. Regardless of whether or not my team expands, Iook for the Pegasus 1 to fly.

GoFly: What does the world look like after you create your flying device?

Smolen: The world will look a lot smaller from above. Think shorter commutes and faster emergency response times. These are the immediate impacts.

GoFly: What’s the best piece of advice you’ve ever received from a mentor?

Smolen: Don’t forget to have fun. 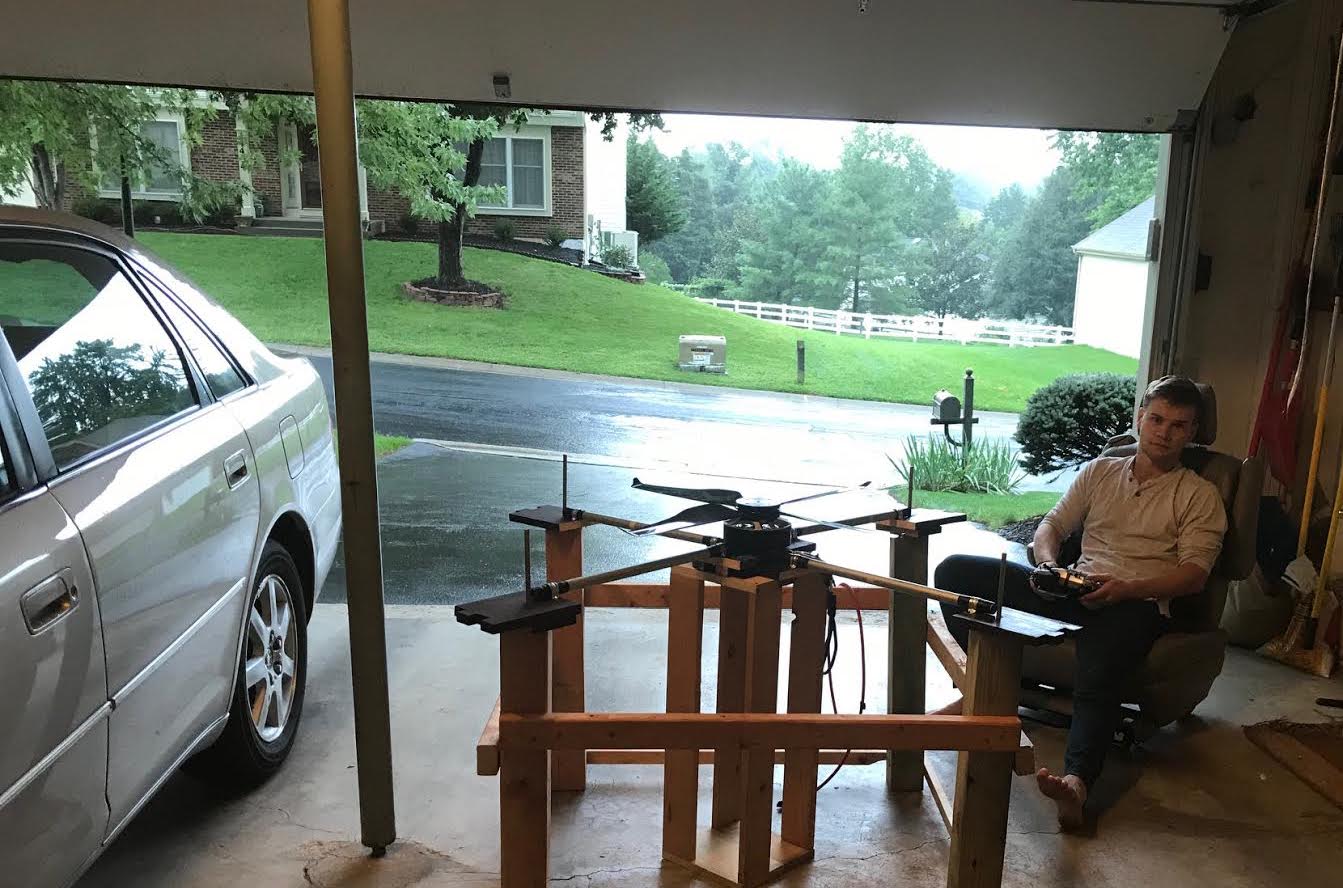