Meet the Teams: Get to Know Team VertiCycle, From Indiana, USA

Pete Bitar of team VertiCycle is based in Anderson, Indiana—and building a personal VTOL device has long been a dream of his. With GoFly, he is committed to making his VertiCycle soar.

Read on to learn more about Bitar’s career and the ambition that’s propelling him forward.

How did you realize you were passionate about aviation?

When I was six years old, my father returned home from business travel and brought me a toy airplane. I’ve wanted to fly ever since.

In 2006, I decided to start my first aviation-related company and it proved to be successful, so I continued in that direction. My career hasn’t been an accident, but at the same time, I didn’t start out as anything more than a hobbyist. I learned a lot through experience and actually building stuff that flew. Making money at it has been challenging, but not impossible, and I’m at the point now where I’ve dialed in the right marketing, designs, IP and approach to be much more successful.

It has been my passion to develop a personal, VTOL flying device throughout my whole life. I’ve been actively working toward that goal since I was 13 years old, when I started learning to fly an ultralight aircraft and saving up to buy components for a VTOL device. GoFly has brought my passion into the mainstream. Plus, the time and technology of today’s market are finally aligned with the potential realization of the dreams I’ve had for 40 years.

There’s more to it than just my device, but devices like mine will make three-dimensional travel accessible to many. There will always be people that are afraid of flight, and won’t choose to move that way on a day-to-day basis, but I would say that up to 10 percent of the world’s population would like to be able to use a personal, eVTOL device to get from point A to point B.

With that said, making it accessible, affordable, and mass-producible is my focus. We have an opportunity here with the GoFly Prize to bring the needed attention to what is possible, and demonstrate that personal flight is approachable for ordinary people, everywhere.

Time is the biggest challenge, but I plan to work really efficiently to use the time I have to achieve the results I need to achieve before the deadlines.

What’s one fun fact about you?

Build something and test it in reality—you’ll learn so much more than just by doing calculations, drawings, and computer simulations. 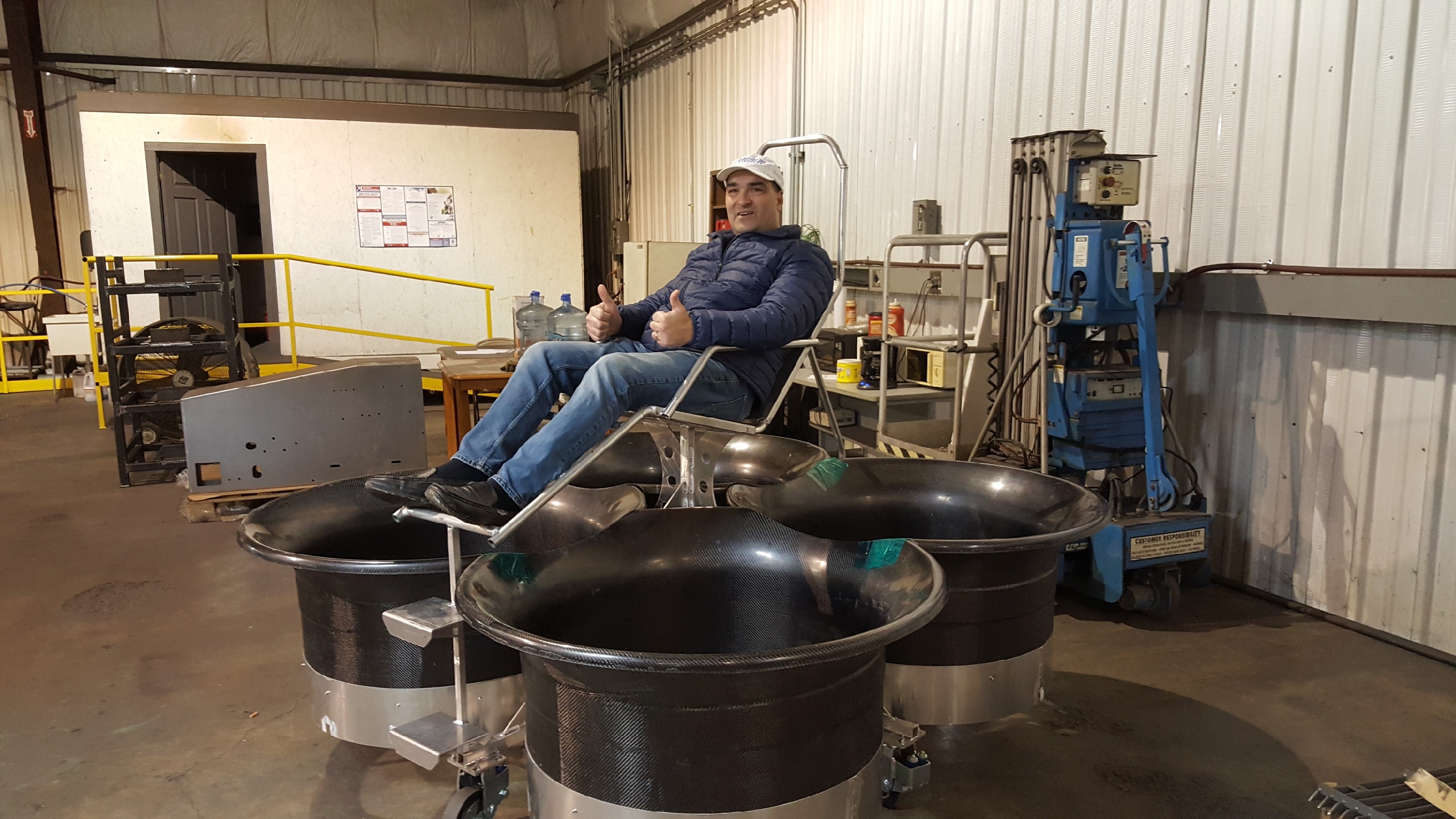